The American Association for the Advancement of Science (AAAS) has named Sarah Nusser, professor emerita in the Department of Statistics, as a member of the 2021 class of 564 new AAAS Fellows. Those chosen as fellows are recognized "because of their efforts to advance science applications that are deemed scientifically or socially distinguished,” the association announced today. 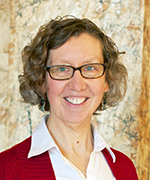 Sarah Nusser, former vice president for research and professor emerita of statistics was chosen, “For leadership in survey statistics, efforts to improve the reusability and impact of publicly accessible research data, and administrative leadership of research activities.”

Nusser’s current research focuses on strategies for reducing burden and improving the reusability of publicly accessible research data. This work is part of her broader efforts with the National Academies of Sciences, Engineering and Medicine and the Association of American Universities to promote open scholarship and transparency in research. The work borrows from Nusser’s long career in statistical and survey methods for conducting and disseminating data for national surveys. Nusser is also collaborating with a team from the University of Virginia’s Biocomplexity Institute to explore the value of curated data resources for U.S. Census Bureau surveys.

The AAAS is the world’s largest general scientific society and publisher of the journal Science. The association was founded in 1848 and includes more than 250 affiliated societies and academies of science that serve 10 million people.

“AAAS is proud to bestow the honor of AAAS Fellow to some of today’s brightest minds who are integral to forging our path into the future,” said Sudip Parikh, the chief executive officer of AAAS and the executive publisher of the Science family of journals.

According to a database kept by the AAAS, 146 fellows have now been elected from Iowa State since 1910.