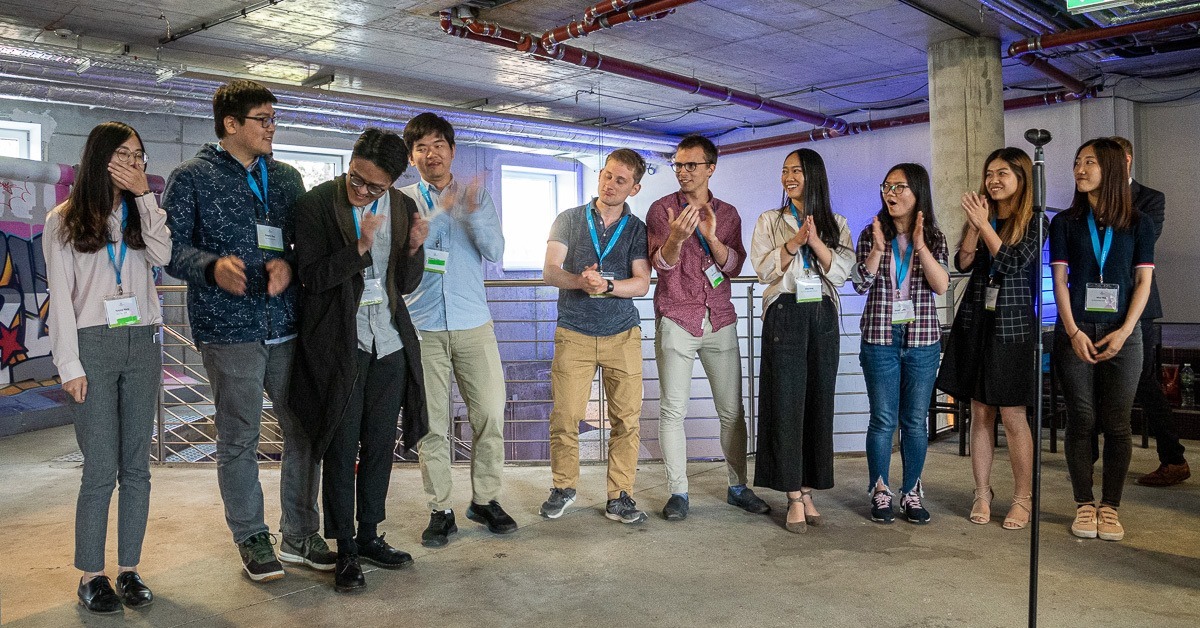 Teams had six weeks to come up with a mathematical model to detect cases of fraud at self-checkout stations in grocery stores without putting innocent customers through unnecessary inspections.

“I was really confident in our model because it captured the relationship between input and outcome,” said Iowa State’s first place team leader and statistics Ph.D. candidate Qihao Zhang. “Sometimes people will try to use a complicated model, but the outcome may not be that stable. We developed a really simple model — which is not easy to find — to achieve our winning performance.”

“Often, the top teams in these data mining prediction contests are within the margin of error from each other,” Vardeman said. “But Iowa State’s winners clearly blew the competition away this year.”

A jury scored all of the submitted solutions, and invited the top 10 teams to Berlin to present their solution methods at last week’s Prudsys retail intelligence summit, which examined how retailers can use artificial intelligence to be successful. Each team gave a 10-minute presentation.

Aguilar, Guo, Tian, Zhu and Yueying Wang went to Berlin for the presentation and announcement.

“This is absolutely independent external validation of the strength of our students and our programs,” Vardeman said.