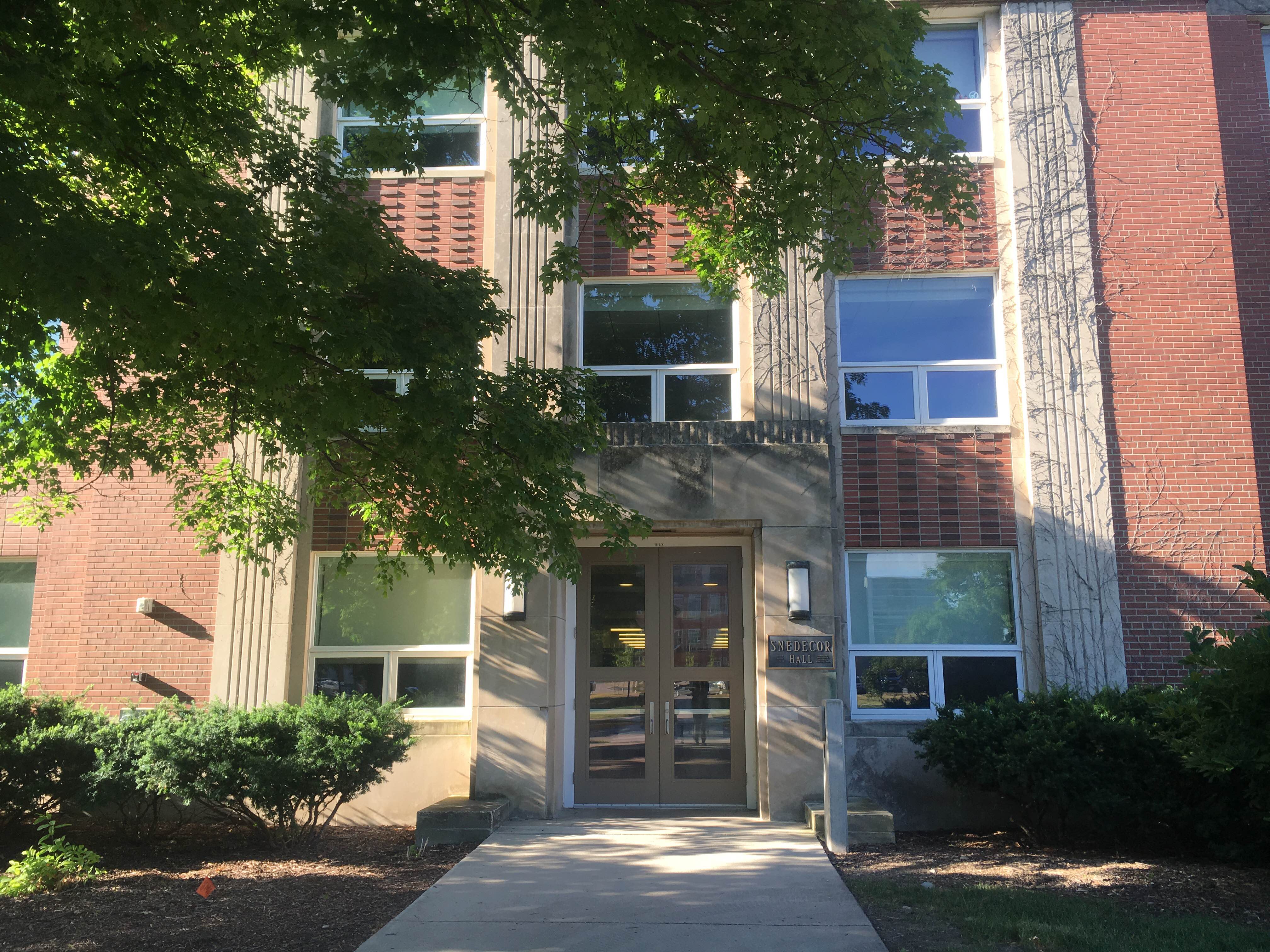 The Department of Statistics at Iowa State University has a rich tradition of developing quantitative methods for researchers in a broad range of scientific and engineering disciplines. The first step in the growth of Statistics at Iowa State University came when George Snedecor joined the faculty of the Department of Mathematics in 1913 and began teaching courses with statistical content the next year. The courses were of great interest to graduate students and research workers in agriculture as Snedecor's courses emphasized the importance of careful experimental design and the application of statistical methods.

In 1924, Henry A. Wallace, then an editor of "Wallace's Farmer" in Des Moines and, subsequently, the founder of Pioneer Hi-Bred Seed Corn Company, Secretary of Agriculture (1933-1940), and Vice President of the United States (1941-45), came to Iowa State University to deliver a series of Saturday lectures for faculty on machine calculations for statistical methods. An out growth of the seminars was a joint publication by Wallace and Snedecor detailing the computational and statistical methods. This publication attained worldwide distribution. The university formed the Mathematical Statistics Service (a statistical consulting and computing service) in 1927 with Snedecor and A. E. Brandt as heads.

The Mathematical Statistics Service was a precursor to the Statistical Laboratory which was formed in 1933. The Statistical Laboratory is not associated with a particular college but is directly under the Office of the President because of the recognized importance of statistical methods in disciplines across the University. Professor George Snedecor was the first Director of the Statistical Laboratory and the Department's building is named in his honor.  Summaries of his life and contributions to statistics can be found in the following references:
(1) "Snedecor, George Waddel" by T. A. Bancroft, Leading Personalities in Statistical Sciences, Norman L. Johnson, Samuel Kotz, Editors, John Wiley & Sons, Inc., pp 339-341.
(2) "George Waddel Snedecor" by Alicia L. Carriquiry and Herbert A. David, Statisticians of the Centuries, C.C.Heyde, E. Seneta, Editors, Springer-Verlag New York Inc., pp. 346-351.

The early and mid-1930s are also marked by visits of eminent statisticians from Europe, most notably Sir Ronald A. Fisher, who is famous for important contributions to statistical methodology and biology. Early faculty included William Cochran and Gertrude Cox (who received the first M.S. degree in Statistics at Iowa State), both of whom continued the Department's important work in establishing new and/or improved statistical methods for scientific application. Snedecor's 1937 book "Statistical Methods", was a landmark text describing the application of statistical methods. Later editions (co-authored with Cochran at first, and then revised by current members of the Department) are still used across the world by researchers in many disciplines.

The Department of Statistics was organized as an independent department in the Division of Science (later the College of Liberal Arts and Sciences) in 1947, and continues to the present as the unit principally responsible for undergraduate and graduate teaching of statistics in the University. The Department of Statistics and the Statistical Laboratory at Iowa State University are administered as a cohesive unit offering all aspects of statistical consulting, teaching, and research and in particular continuing to provide leadership in the development and application of statistical methodology. Quantitative methods are crucial to government, industrial, and academic research, and the Department has continued to grow and broaden its interests, providing leadership in the development of new methodology that will be demanded by science and technology into the twenty-first century.