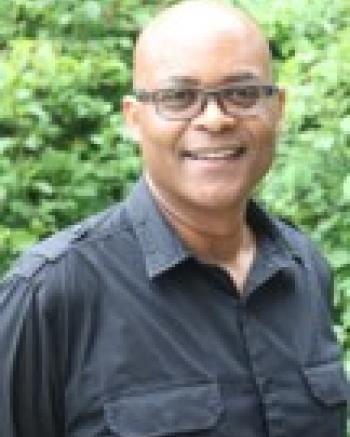 Professor Rollins joined the Iowa State University (ISU) faculty in the fall of 1990 in a unique joint appointment between the Statistics Department and the Chemical Engineering Department. Since coming to Iowa State, Dr. Rollins has received many research grants and awards including the 2013 National Organization for the Professional Advancement of Black Chemists and Chemical Engineers (NOBCChE) Joseph N. Cannon Award in Chemical Engineering, the 2012 McDonald Mentoring Award from the Tau Beta Pi National Engineering Honor Society, the 2010 American Institute of Chemical Engineers (AIChE) MAC Eminent Engineer Award, the ISU 2007 Louis Thompson Distinguished Undergraduate Teaching Award, 2005 Regents Faculty Excellence Award given by the Iowa Board of Regents, the 2000 ISU Presidential Service Award, the 1996 American Association for the Advancement of Science (AAAS) Mentor Award, the 1994 ISU Foundation Award for Early Achievement in Teaching, and in 1994 the National Science Foundation Presidential Faculty Fellows Award, which was considered the highest honor the federal government gives young scientists and engineers. The latter award was given by the president of the United States each year to no more than 30 faculty members -- 15 in engineering disciplines and 15 in science disciplines. His research areas include glucose monitoring, modeling and control to help people with diabetes control blood sugar better, development of supporting technology for ventricular assist devices (VAD), nonlinear dynamic modeling in human aging, bin grain dryers, and for improving cancer protocols in Biomedical Engineering; Bio- and Material- Informatics and data mining; and development of processes for non-destructive testing procedures. He is the ISU Director for IIN-SPIRE LSAMP and hold the title of University Professor.

“One of the noblest and critical professions is being an educator of young minds. The responsibility to shape, challenge, inspire, and influence our youth should not be taken any lighter than life itself.”